Here’s What Makes Our Pizza Roman-Style, Not Sicilian 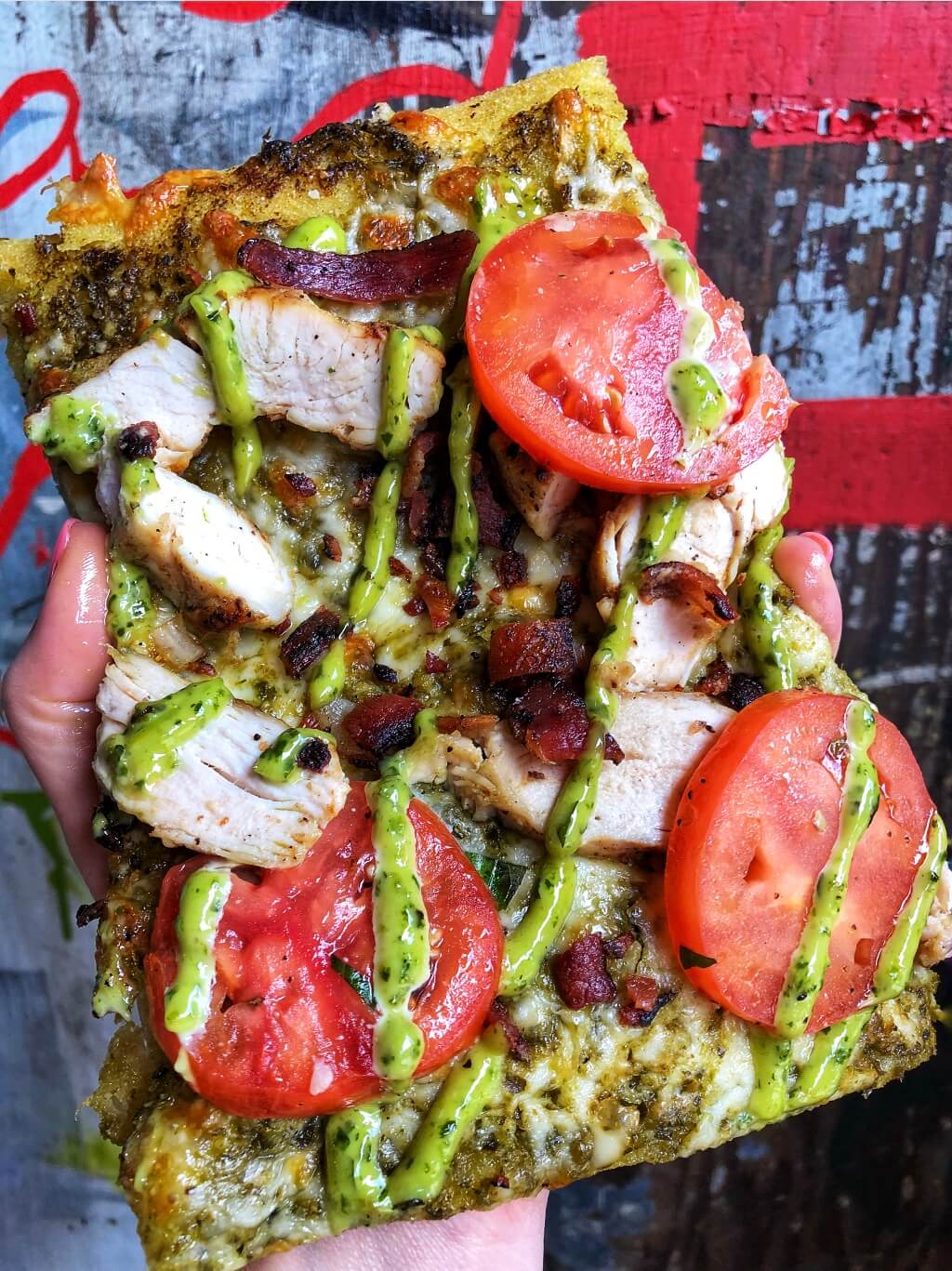 A lot of people walk into Mortadella Head, take one look at our case and say “Oh, man Sicilian pizza! Nice.” But we’re actually making Roman-style pizza over here. I get the confusion. When you think of Sicilian-style pizza, you probably think of the thick, square-shaped dough sold in a glass case at the front of a pizza shop. At first glance, that is what we’re doing. Except, yeah, as I mentioned — it’s Roman. The two are pretty similar in size, shape, and sheer deliciousness, but there are some key factors in what sets Roman-style pizza from Sicilian pizza.

We specialize in Roman pizza al taglio, meaning “by the cut.” We take a giant rectangular-shape slab of pizza and cut it into hefty-sized slices to take on the go. In Italy, Roman pizza is cut and sold by weight and wrapped in paper. It’s the original Roman street food and is an institution of the city that can be found all over Italy. The dough is crispy and sturdy so it can hold a ton of toppings, but is light and airy enough to eat an extra slice.

On the other hand, Sicilian pizza has a thick, spongy, and fluffy dough. Without its toppings, it looks just like focaccia. It’s also a pretty popular street food in Sicily, sold off of food carts and enjoyed on the go.

The Dough and How Its Made

Roman pizza dough is made of five main ingredients: water, flour, salt, yeast, and olive oil. It has a lot of water in it (otherwise known as hydration), meaning you really need to know how to handle it. The less you touch it, the better.  The dough has a two-step fermentation process. The first — bulk fermentation — consists of it being mixed, then placed in a deep bucket to proof for 48 hours. Next, you cut and weight out the dough, then ball it up — again, with very little handing, as to not disturb bubbles created in the first fermentation process. Because it’s fermented for a longer period of time, you need the dough stored in a cooler environment — like a refrigerator. The dough then sits for another 24 hours. The following day, you’re ready to use the dough. Yes, it’s a 3-day process!

The Sicilian pizza that we know here in the United States is simple. The dough you make can be proofed and made the next day. Because our Roman pizza dough has a longer fermentation process, you get a light and airy dough that’s more digestible. Again, go for that extra slice.

Roman-style pizza can stand up to a ton of toppings, so we like piling ours with a variety of ingredients. You might not find some of our topping choices on a typical Roman pizza, but that’s why we’re an Italian-American place. Not too authentic, just having fun, and eating really good pizza. Some of our more popular pizza toppings include buffalo chicken and pesto, meatball and ricotta, and pulled porchetta and broccoli rabe. For those who prefer the classics, we always have pepperoni, peppers & onions, and good ol’ mozzarella cheese.

The Shape and the Pan

Pizza al taglio is made in a rectangular pan made of blue steel. A well-seasoned blue steel pan gives the pizza that perfect crunch. A steel pan holds the heat  better than an aluminum sheet pant that doesn’t conduct heat as well. This pizza has a two-step cooking process. You take the dough, fill it out to the shape of the pan, and drizzle it with olive oil. It’s baked until it is light, airy, and crispy. Once the crust (also known as the pizza bianca) is out of the oven and has cooled down, you then add the toppings, and pop it back in the oven. The first cooing process creates a sturdy vehicle for a load of toppings, The second process melts the cheese and heats everything through.

Many of you who have already tried a slice at Mortadella Head didn’t eve realize it was Roman style. Unless I slid over to your table and asked you what you thought of our dough. But now you know. And you can tell all your friends that you’re eating at one of the very few restaurants in the United States that makes Roman pizza.

What’s your favorite style of pizza? We’d love your feedback on ours!

4 thoughts on “Here’s What Makes Our Pizza Roman-Style, Not Sicilian” 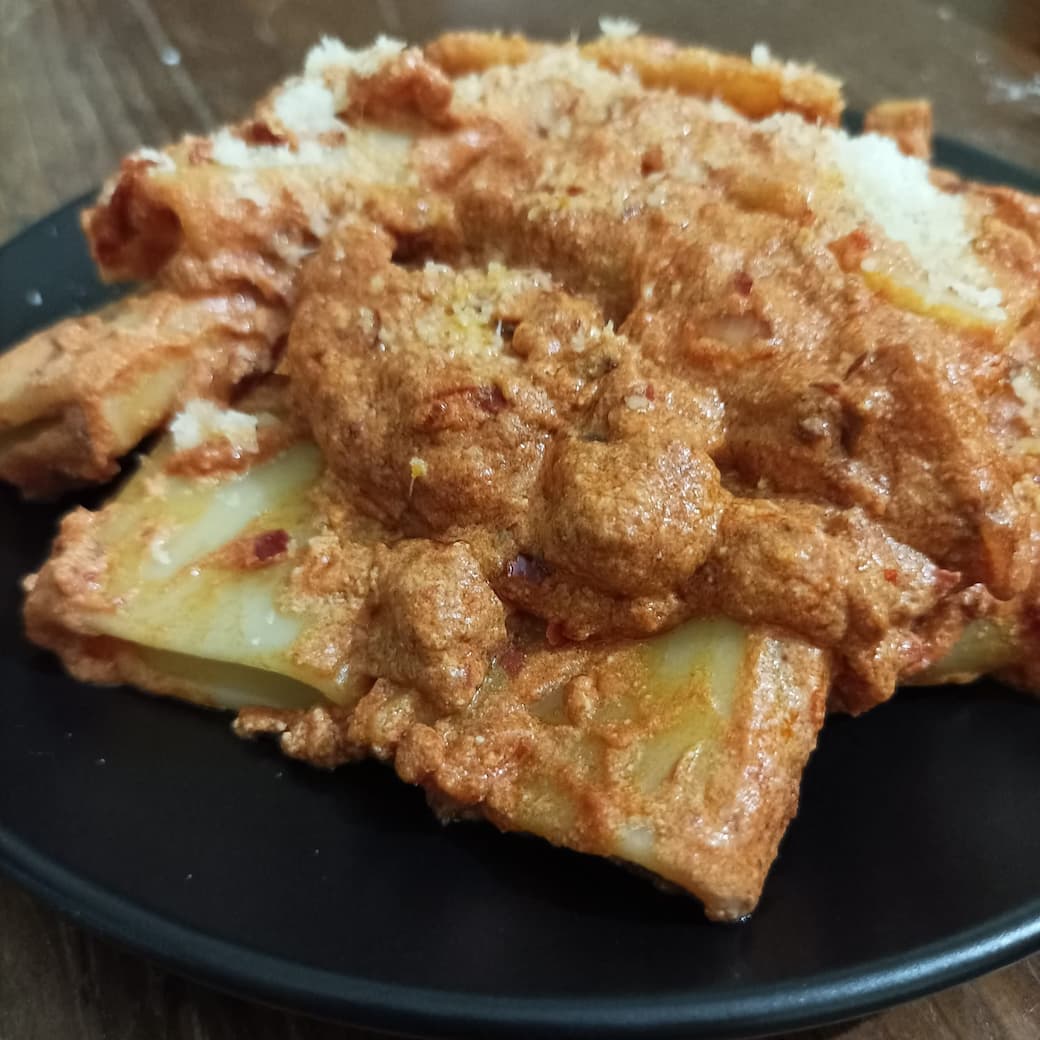 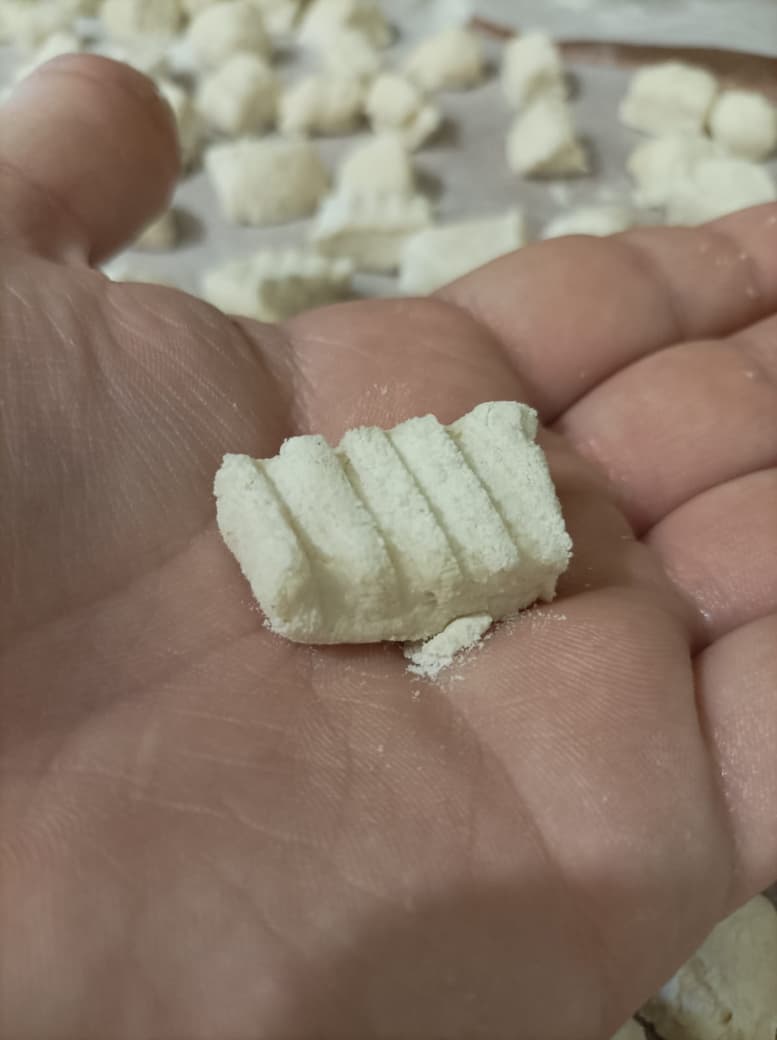 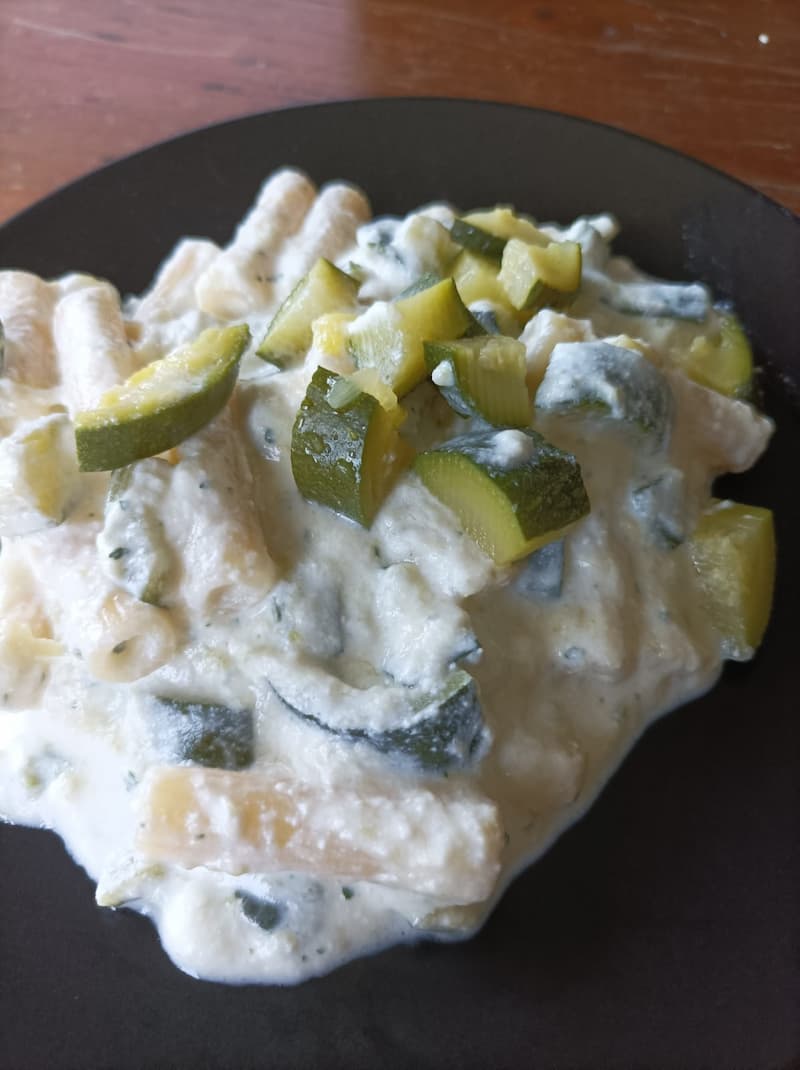 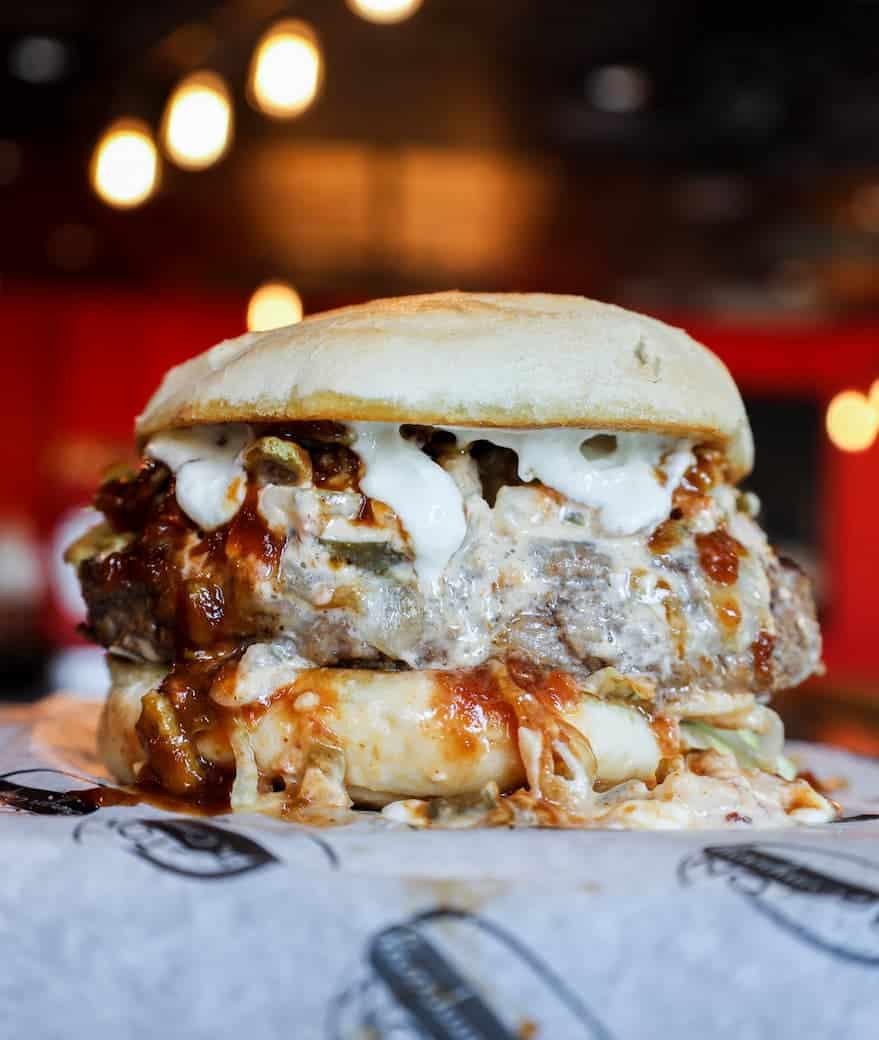 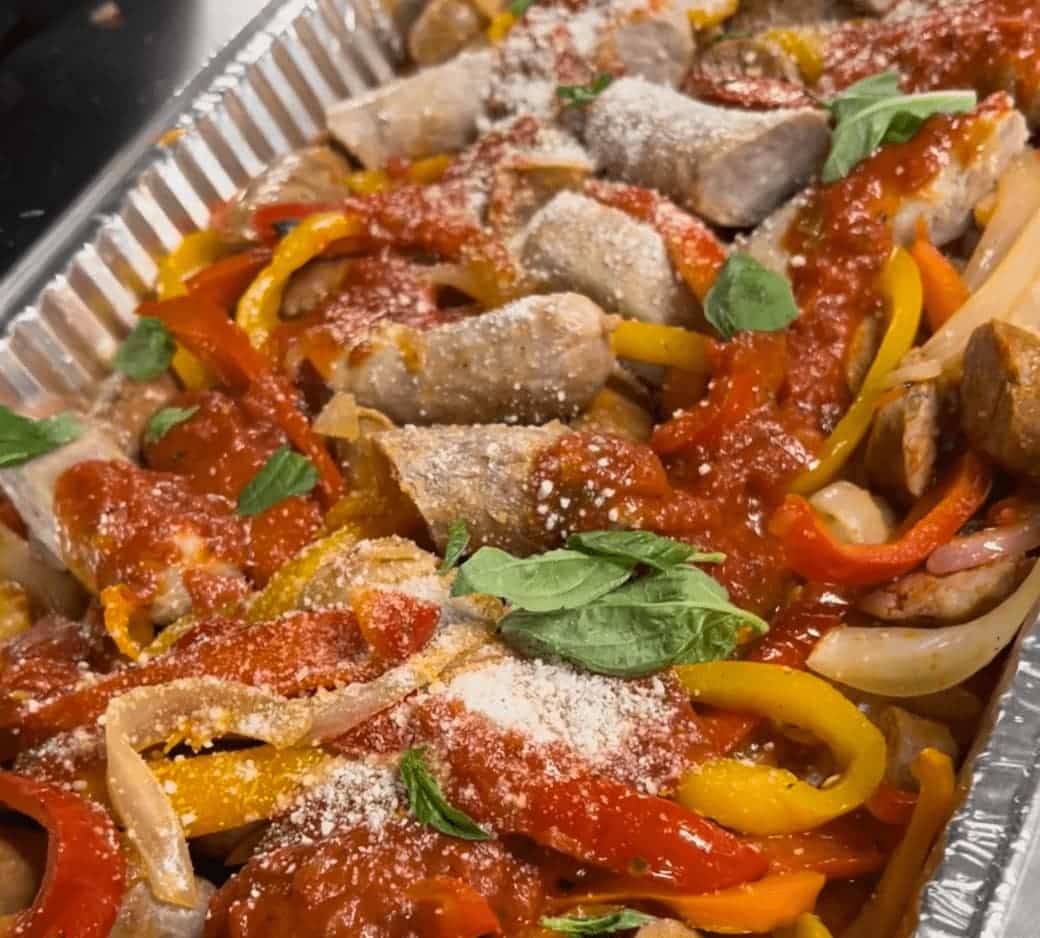 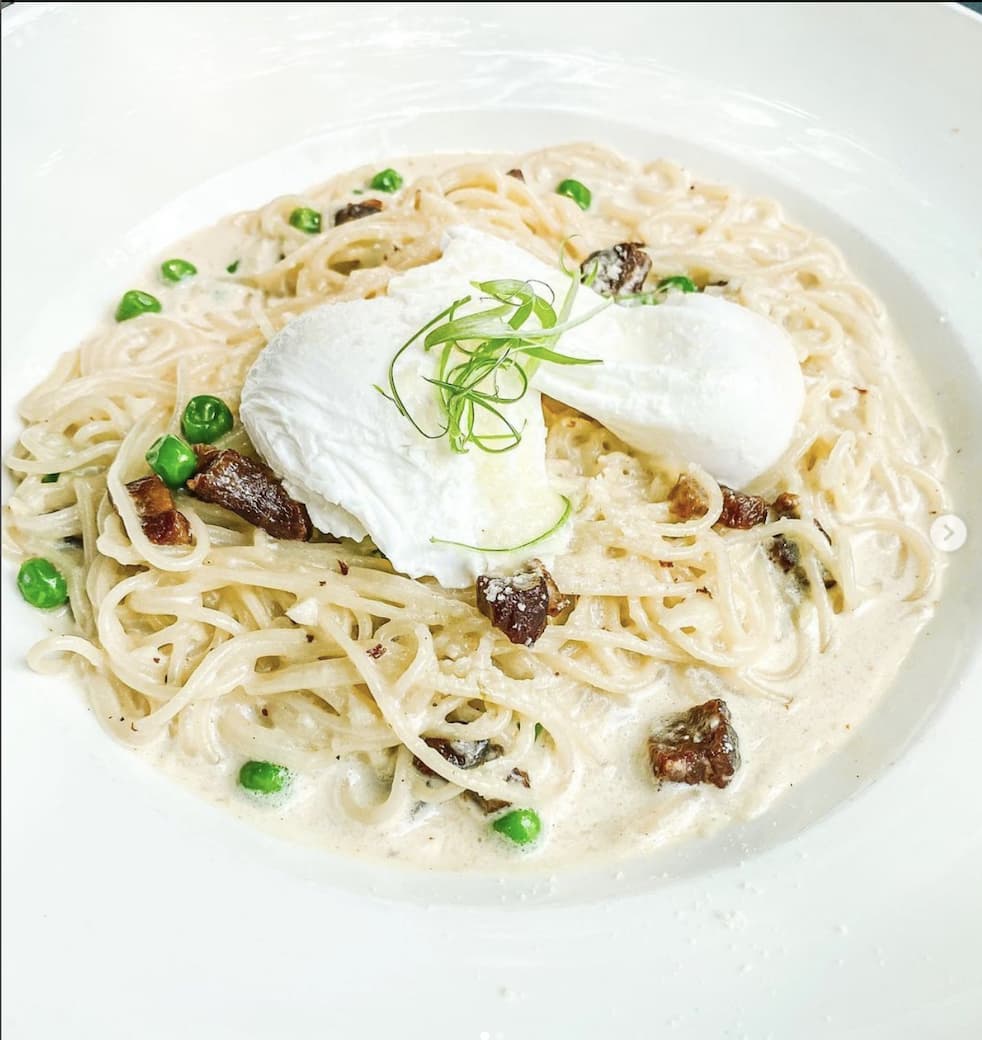