Face Behind The Food – Damien DiPaola 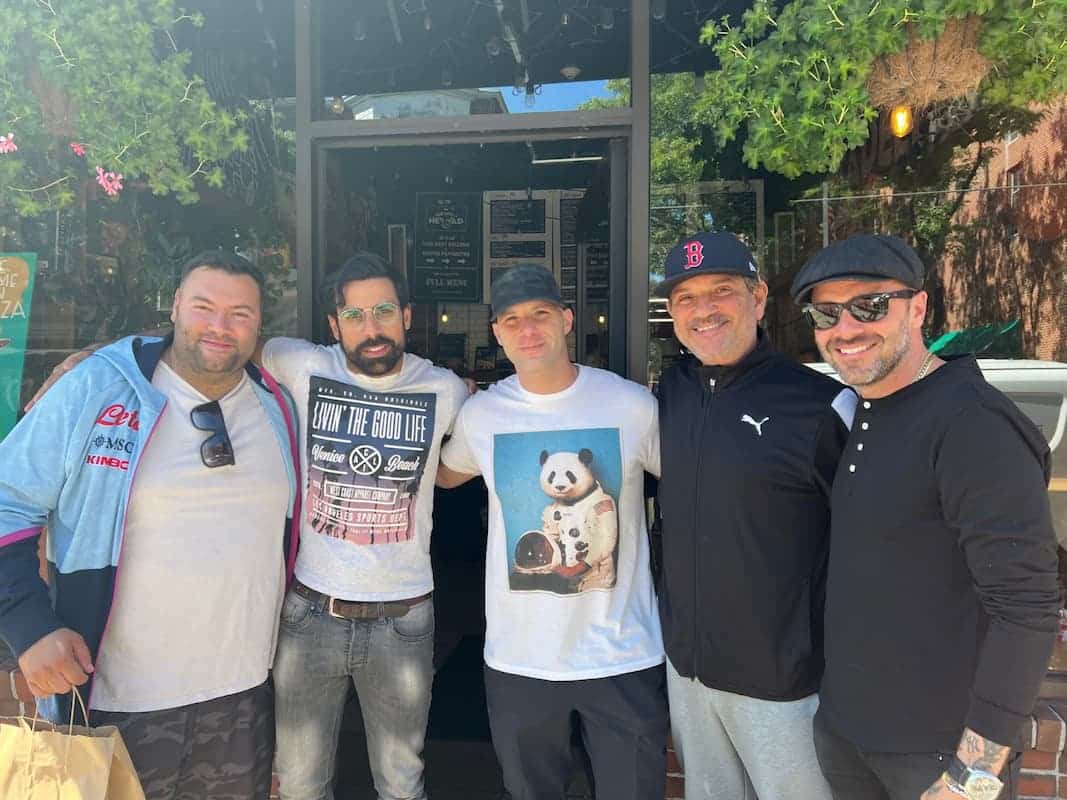 Last week, I had the pleasure and opportunity to sit down with Damien DiPaola of Carmelina’s restaurant. Born in Italy and raised in Boston’s North End, Damien’s Italian American upbringing is evident in his interests, values, and the culture he creates within his restaurant. Here, we chat about the difference between food from Italy and Italian American cuisine, his hope for the North End, and how he got started in the restaurant biz. He also shares some of his favorite spots to dine; both in Italy and in the Boston area!

Tell me about yourself and how you got started in this field!

I was born in Sicily, and grew up in the North End of Boston. I learned how to cook from my parents. I would always watch my mother cook on Sunday mornings. My father wasn’t a chef, but he was a hell of a cook himself. He learned how to cook in the Italian military, while he was a deep sea diver. Since he was very valued in his position, he would often get special treatment. He would watch these guys cook in the offices, and he would apply what he learned through them to everything he did.

When I went to college and started cooking at home, I would base everything off of what I would watch growing up. Just the real basics. And in turn, all of my mother’s basics turned into sixty/seventy dishes.

When did you first open up a restaurant?

The first Carmelina’s opened up in 1985 in Hadley Massachusetts. I was a junior at UMass Amherst, when a friend from Iran needed a Green Card for his family. We were very short on money. The only place available for the money we had was in Hadley. We were looking everywhere from corner stores to laundromats, but the only place we could get was this place. Once we got settled, I figured I’d just start there and not stay very long, but we ended up staying there. So long story short, I became a chef with the sole intention of getting my Iranian friend and his family a Green Card.

What did growing up Italian American mean to you?

Honestly, the one thing that passes on from generation to generation is the importance and love for family. Of course, a lot of the time, love turns into hate, but let me tell you; there aren’t many more generations that do it like that. When I was a kid, on a Sunday, we would have 16 people over; two tables together with a main table for adults, a good kids table, a bad kid’s table. There’s no more extended family; all that stuff is gone now. You legit would sit at the table for 5-6 hours. Nuts and fruits were always on the table, with prosecco, sliced melon, chestnuts, everything. Of course, a constant always was a pastry or cake from Modern pastry.

You just spent three months in Italy! Culturally, how does that compare to what you would find in the North End of Boston?

There is one thing that people should understand and not frown upon. It seems that Italians from Italy are extremely snobby about Italians in America; they are almost arrogant.

Good Italian American food is something that hasn’t been appreciated. I’ve eaten a lot of better Italian American meals in the United States than I have in Italy. I’ve had some great meals at Bricco that were UNBELIEVABLE. I’ve eaten meals that I can have in Italy and are on the same level for the most part. To be honest, I’ve had better clams while in the United States, particularly in Boston. It’s just a different style.

Sometimes, the minimalism of southern Italian food, as beautiful as it is, is so simple that a lot of restaurants will end up with the same menu. Even if you go into the small villages, nobody really goes out on a limb. I find that in the U.S. Italian American chefs take more risks. They use more ingredients, adapt the meals into their environment and make it the best they can. It shouldn’t be shunned upon, because it’s coming from that tradition.

Nothing is wrong with Italian American food. It’s the best food. They had to use what they had, and adapt when they first arrived. Things ended up with more sauce and cheese because it was richer and would feed more kids.

My dad had a sub shop in the North End when I was a kid, and would make meatballs using the ingredients he could get his hands on. He would do one pound of meat to 8 pounds of breadcrumbs. Everyone loved them, they would expand so much and almost look like softballs. Put it with more breadcrumbs and more sauce, and they were perfect. Everyone truly loved them.

What was some of the best food that you tried there?

In the Amalfi Coast, there is the village of Erchie. There weren’t any tourists there. The whole village is a beautiful little beach. Solely locals go there, and there’s only one half assed souvenir shop. One of the best restaurants I’ve eaten at was here, at a little hole in the wall. I ate there twice. Unbelievable. All the seafood came off of a boat on that beach. Violet shrimp, pink shrimp, just olive oil, lemon, and a little bit of fennel. You just couldn’t get that meal here.

Is there anything that you are in Italy that you would love to incorporate into your restaurant back in Boston?

Italian raw fish, that would be something; but you’d have to have the right sources. Other than that, I think Italian American restaurants are doing as many different and innovative things as they are in Italy right now.

Tell me a bit about Carmelina’s. What makes it so great?

It’s successful because of the way that everyone works together. In order for someone to walk away, you have to have a really good staff, and accept certain things. Let things go when things are happening, otherwise you will be stuck there until you die. Trust your staff and like them. At Carmelina’s, everyone likes each other and is like a family in many ways. The end result is great. They fight like brothers and sisters, but everything works out in the end. They get all the time off they want, and everyone from the dishwasher to myself makes good money. That’s what makes it special is the comradery with everyone. And the fact that everyone who cooks there has been there for so long that they’ve worked for and learned from me. I’m not a fancy style chef, but I can cook anything anyone else can, but better and faster—I can do the work of three guys.

What’s your hope for the future of restaurants in the North End? What would you like to see?

My hope is that the North End stays true to itself. I understand things change, but it should always be a Little Italy; and still remain authentic with a few streets for a few Italian places.

What is a restaurant that is doing everything right in terms of the food they serve?

Number 9 Park in Beacon Hill. I’ve only had great experiences with meals at that restaurant. The menu is chic, but it’s not weird. They serve American fare with a heavy French influence.

Aside from Italian, what other types of cuisine do you enjoy?

I love Japanese, old style French, Korean food, and steak dinners—but they are slowing down! They’re turning into lobster dinners.

What’s one word of advice that you have for someone who is just getting started in the restaurant industry?

You really need to be sure that this is what you want to do. You have to account for hours and time that you will never make up. You can make money, you can’t make time. There has to be a point where you shut off and say no; you can’t forget to make a life.

Gianna Ferrini is an Italian American who loves food so much that she decided to revolve her entire career around it. 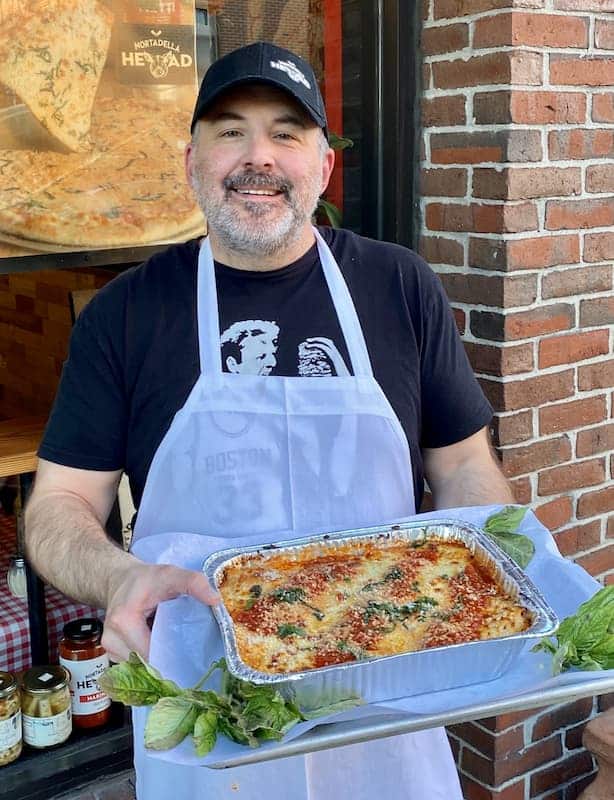 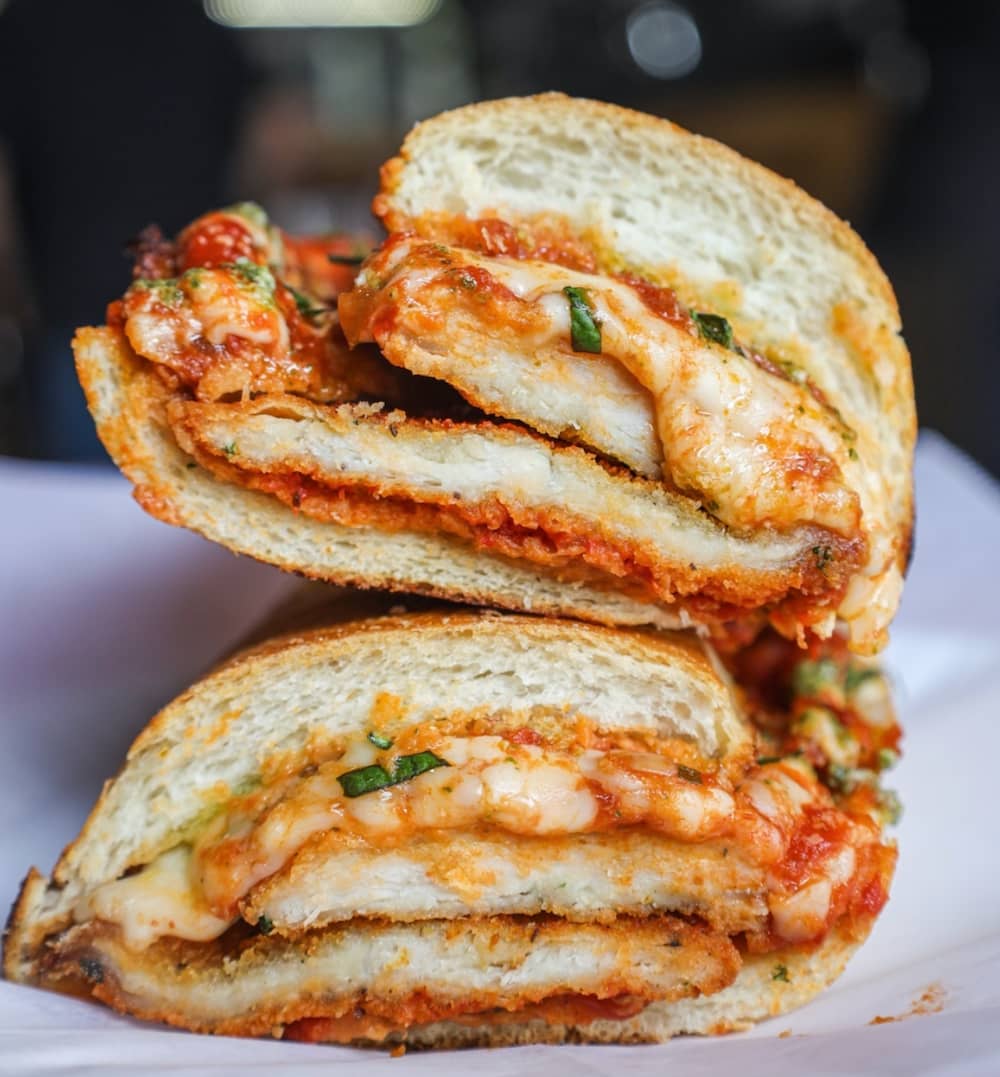 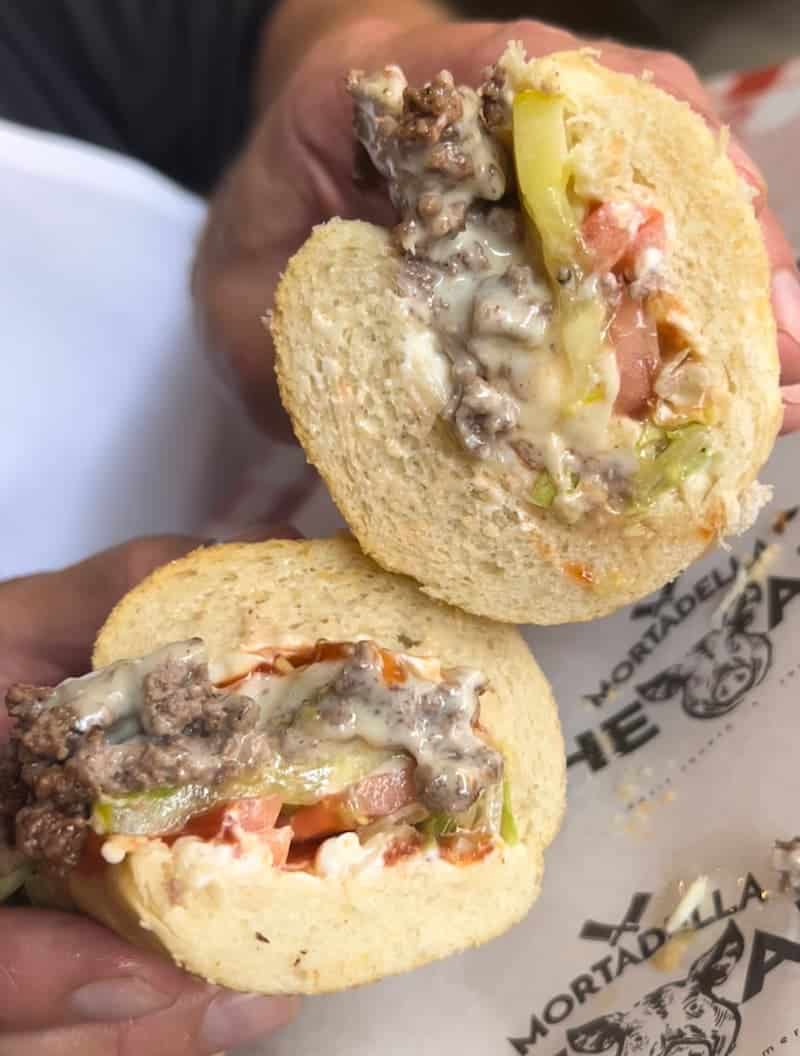 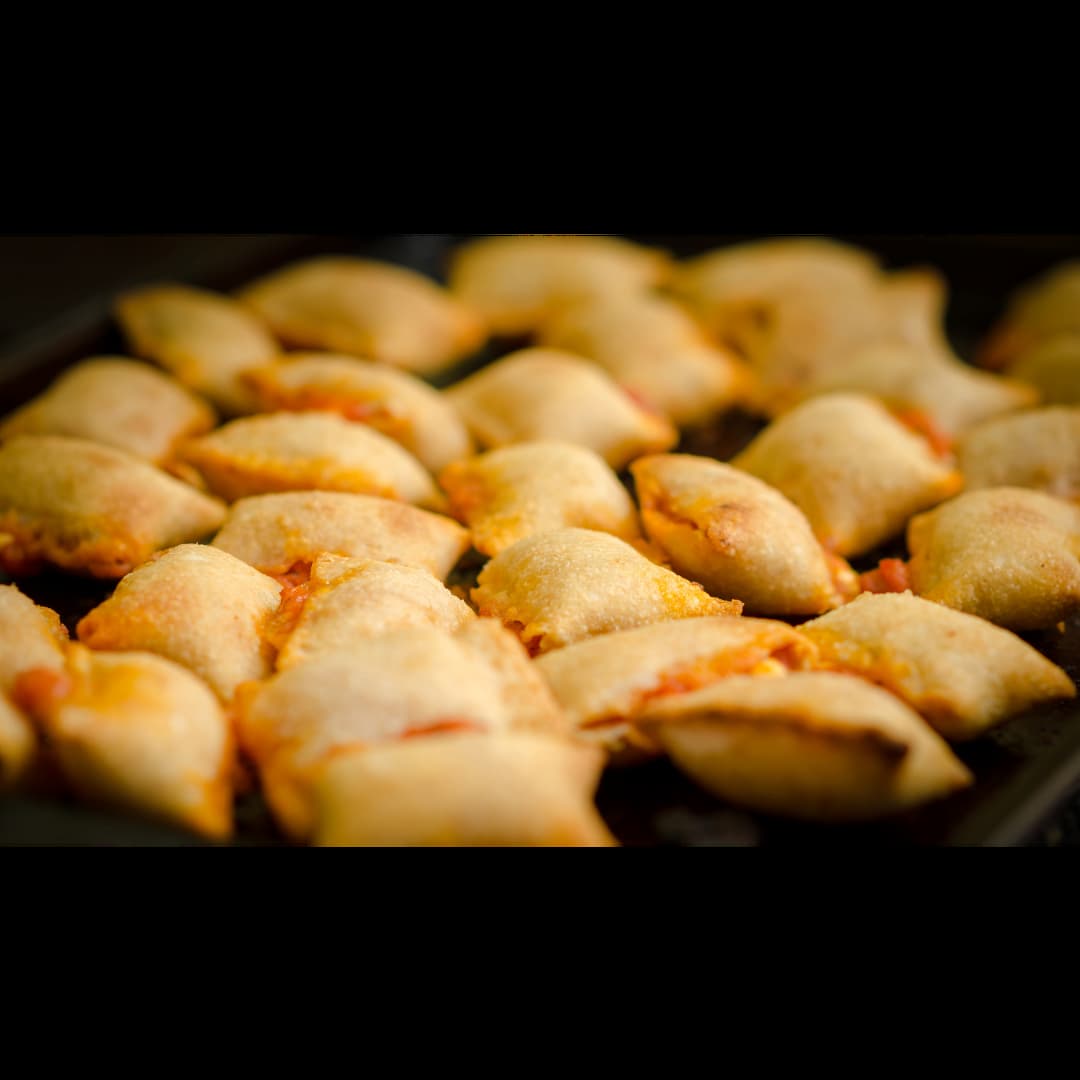 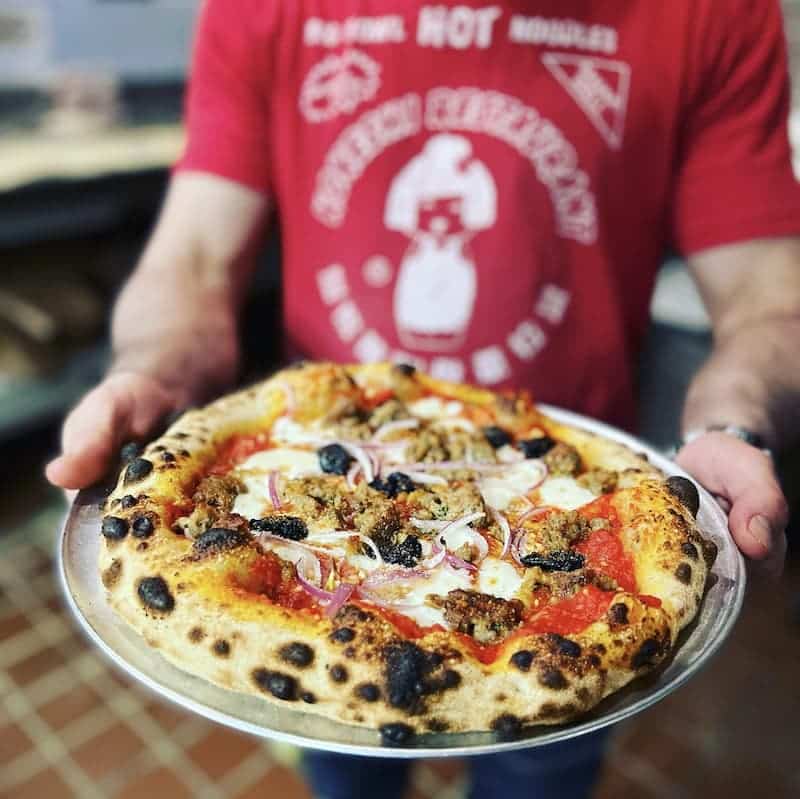